Eastern Samoa in the 1920’s… A time when this remote Pacific Outpost was ruled by the United States Navy.

Charlotte Bruckner (Mia Farrow) arrives on the Island of Alaya one very rainy evening, having travelled all the way from Boston. She is greeted by her father (Jason Robards), who is only ever referred to as Captain Bruckner. They have endured a long separation from one another due to his governing duties and are delighted to finally be reunited. A party is held in her honour with some familiar faces, including Officer Jack Sanford (Timothy Bottoms) who dated Charlotte from time to time when they were stateside. Also amongst the crowd is a native Samoan named Matangi (Dayton Ka’ne) who locks eyes with Charlotte, intriguing her with his exotic and handsome duende.

Matangi works for Charlotte’s father and is considered to be subservient to Westerners although he is the son of a high-ranking Samoan chief on the Island of Alava. When Matangi’s father dies and the young man ascends to the position of High Chief, he suddenly becomes Captain Bruckner’s equal; a move that is not easy for the Americans to accept, least of all the Captain. When they go to Alava for the coronation ceremony, they meet two other white missionaries who live amongst the locals: Dr. Danielsson (Max von Sydow) and Father Malone (Trevor Howard), a Catholic priest. As a leader to his people, Matangi questions the Americans’ intentions and tries to bargain in ways that no one has ever attempted to do in the more than 20 that the Navy has occupied the area. This friction unnerves the Captain but nothing more than when he will later learn that Charlotte has a budding interest in the young man. 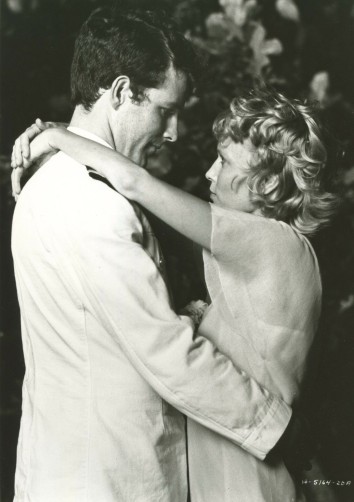 Captain Bruckner hastily allows Charlotte to stay on Alaya for one month while he is gone on an expedition but expects her to immediately re-join him when he returns, for the occasion of Matangi’s arranged marriage with a beautiful young Samoan named Moana. It does not take long for Charlotte and Matangi to fall in love and consummate their relationship, all the while leading a heartbroken Moana astray as she seeks solace in the arms of another man. Matangi asks Charlotte to marry him but she is afraid of her father’s wrath of rage and so for his protection, she declines. Events seemingly go on as they were originally planned and on the eve of Matangi’s wedding, a ritual is performed by the tribal elders to prove Moana’s virginity. She flees out of desperation and commits suicide, leading Captain Bruckner to criminally charge Matangi in court. Although Matangi has done nothing wrong, it is the only way that the Captain can assure that he and Charlotte will have no future together.

Unrest is in the air and nature seems to manifest itself in accordance with the mood in Pago Pago. An astronomical hurricane of Biblical proportions occurs; one that the islands have not seen since the previous century. What happens during and after this disaster will change the face of everything.

(1) Matangi & Charlotte make love for the first time; (2) Charlotte lets Jack down after revealing her desire for Matangi; (3) Matangi is put on trial

Hurricane renders homage to 1937’s The Hurricane which was directed by the great John Ford. Although both stories have some similarities, the personal situations and fates of many characters are very different from the 1979 version. Ford’s film is also much more faithful to the 1936 novel of the same name penned by Charles Nordhoff and James Norman Hall. Originally slated to direct Hurricane was Roman Polanski who – after being indicted on multiple charges including the rape of a minor – was replaced by Swede Jan Troell after Peter Bogdanovich turned down the job. How Troell was chosen for the job is not clear but perhaps he was recommended by fellow countryman Max von Sydow, whom he had directed twice before in The Emigrants (1971) and The New Land (1972). 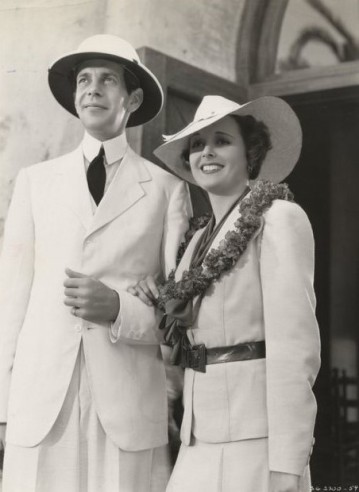 Filming took place in Bora Bora at the request of producer Dino De Laurentiis who wished to complete the entire production on location. The desired effect of realism was indeed achieved because the cinematography is stunning, even on a standard DVD with a grainy image. Hurricane has the feel of an epic film, a sensation that is heightened by Nino Rota’s compelling soundtrack which is also reminiscent of the sound that Maurice Jarre created for several of David Lean’s epics. It is also obvious that great attention was given to detail in regard to native Samoan customs and the relics/costumes that they wore. In fact, this film is very much a visual love letter to the South Seas.

The Island of Alava

Undoubtedly the most trying sequence to film and to sit through as a spectator is the arrival of the hurricane. Not only are the islands thrashed to near complete destruction, audiences must sit through over 26 excruciating minutes of people trying to escape death, largely unsuccessfully. There is even a point when one must wonder how the actors themselves managed to put up with such brutal, unforgiving conditions. According to sources, the film shoot proved to be a nightmare for many and lagged on for nearly five months. Principle photography on The Hurricane took slightly longer than plus an extra month for additional shots. Both productions went all out on creating a realistic, large-scale replica of what facing a massive hurricane would be like. (Today, the storm would probably be classified as Category 5 on the Saffir-Simpson Hurricane Scale but the destruction entailed is unlike anything that our recorded history has ever seen. The only things that compare are the Epic of Gilgamesh and the Genesis flood from the Bible’s Old Testament.) Despite the over technical achievement of replicating such a natural disaster, it is hard to appreciate being a witness to doomsday.

I am personally more familiar with Mia as a pop culture figure than as an actress, aside of course from her iconic role in Rosemary’s Baby. One of the reasons for this is that I have never been a huge fan of Woody Allen’s work and considering that she practically solely starred in his films for over a decade (1982 – 1992), I did not have much of an opportunity to see her work. As a result, my basis for comparison is limited but I will try to be as fair as possible in my analysis. 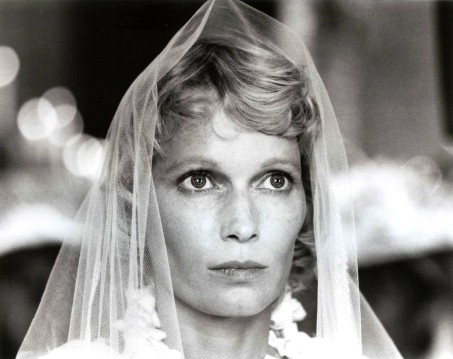 The character of Charlotte is supposed to be a young woman who is likely in her early 20’s; a “ripe” enough age at which to start considering serious relationships and eventual marriage. Mia was 34 years old at the time of filming and was already a mother of three. Physically she looked younger than her years but it was also clear that she was no spring chicken. When I say that Mia was too old for the role, it is not derogatory towards her actual age or towards the idea of casting older women in younger roles. However, there should be a certain degree of belief that an actor can justly, and wholly, incarnate a role. Her co-star Dayton Ka’ne was ten years her junior as well which also magnifies their age difference. Had this been a story of an older woman falling in love with a younger man, there would be no discussion. However, attempting to pass Mia off as being younger than the character of Matangi, who would have been in his mid-20’s, is not plausible in any sense. 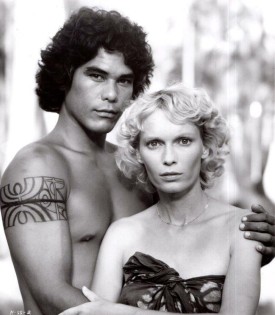 Mia’s performance was quite muted throughout most of the film but I did find myself warming up to her in the second half. One of the reasons for this is that Charlotte becomes bolder in her actions against her father in order to aid Matangi. She grows a thicker skin although she obviously still has a lot of learning and maturing to do. This is something that she will definitely experience after the calm of the storm through her own personal suffering at what she learned before and after the tragedy. It is quite a shame that the film ended so abruptly after the storm occurred because it would have been interesting to see how Matangi and Charlotte were changed people and how they would grow together as a couple.

Discovering this film was an enjoyable experience and as often the case, I am very glad to have challenged myself to move out of my comfort zone. There is a lot to enjoy about this film, especially in that it is a contemporary production that embraces classic styles of filmmaking. At the same time, the content is revealing without being distasteful in nature. An example of this is when the question of Moana’s virginity is at stake and the moment captures the horrors that any young woman faces at being given such a “test”. You feel Moana’s fear and are uncomfortable at what is possibly to come yet we are not subjected to any gory details. Quite frankly, the sheer fact that she is immediately pounced upon and whipped with palm branches as she tries to flee is quite a sickening sight. I would wholeheartedly recommend this film, knowing that it is far from perfect but that it is altogether an engaging story.