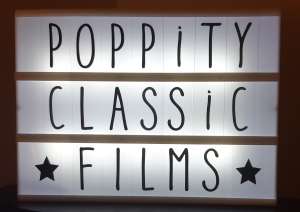 Alice Fullerton (Deanna Durbin) and her friends decide to put on a play to raise money so that every single Boy Scout in America can go to summer camp. Local Troop number 1 is led by Alice’s best friend and steady love interest, Kenneth Warren (Jackie Cooper), who hopes that working closely with her will lead to a more serious relationship. She offers for everyone to practise in the spacious guest house on her parents’ vast Connecticut estate. All goes well until the gang is booted out by servants who have been ordered to clear and prepare the premises. It seems that on a whim, Alice’s father Gilbert has invited his most illustrious reporter, Vincent Bullit (Melvyn Douglas), to stay with them in order to get some much needed rest. Having just come back from covering the Spanish Civil War and having suffered a gunshot wound, Vincent is exhausted. Moreover, Gilbert – a hungry for the front page newspaper publisher – has decided that Vincent will leave in just three short weeks to go on an extensive trip to China. Anything goes to get the top story!

The gang’s initial plan is to scare Vincent away by pretending that the guest house is haunted though it is short-lived when he quickly figures out their scheme. In an interesting turn of events, Vincent asks the youngsters to help him get out of having to stay with the Fullertons because he would much rather be spending his time off in New York City. They all agree to feign a story about a friend of Vincent’s being on his deathbed in a New York hospital which would absolutely necessitate his physical presence. First there is a phone call that goes flawlessly but then something goes awry with the telegram that Alice was supposed to send. Instead of confirming his friend’s imminent passing, the letter states that his friend is doing better and that Vincent does not need to worry about making it to the city. Perplexed, Vincent confronts Alice who admits her treachery but that is for his own good since, to her, he needs someone to take care of him. Alice volunteers to be that someone without the slightest bit of input from Vincent.

It does not take long for Alice to fall completely in puppy love with Vincent even though he is largely unaware of her feelings. He thinks she is a cute “kid” but does not see her as a young woman. In fact, he pushes her towards Kenneth who obviously carries a torch for Alice and will do anything to get her attention, even go out with other girls. As stubborn as she is, Alice will not relent in trying to win over Vincent while continuing to refuse Kenneth. How do you think her parents will feel when they find out about their daughter’s crush? Will they blame Vincent in any way?

That Certain Age is a perfect coming-of-age tale that is especially appealing to teenage girls who are going through the trials of life. Anyone who has been through that stage of development, whether a boy or a girl, can attest that it is not the easiest time in one’s existence. Hormones are raging, so many (parental) rules seem unfair, and the future can feel uncertain. These are all aspects that are touched upon nicely in the film and which are likewise beautifully captured by Durbin’s performance. Being 16 years old, Alice is becoming more independent but is still reliant on her parents’ guidance. In turn, they have a hard time coming to terms with the fact that she is now a young woman, still buying her dresses with ribbons and having her hair styled in a girlish fashion. Most of the time they get along but there are times when her behaviour leaves them simply aghast.

“What I need is a good steak every night… smothered in chorus girls.”

The romantic nature of Alice and Vincent’s relationship is not all that serious as it exists more in her mind than in reality. Vincent remains neutral during most of their exchanges, keeping a dry sense of humour and acting rather indifferent to Alice altogether. He knew her as a child and considers her still to be as such even though she is clearly now a young woman. His being single is obviously a personal choice since he likes to have fun and embraces his independence. Getting “tied down”, especially to a small fry like Alice, is not something that is in his plans. Douglas plays the role impeccably and brands it with his known style of comedy à la Mr. Blandings Builds His Dream House. Seeing that Douglas makes no mention of That Certain Age in his autobiography, or even of co-star Durbin, gives me the impression that he was apathetic about the picture as a whole. That seemed to be his general attitude towards film though the disdain he felt managed to translate well on-screen, particularly in romantic-comedies.

One detail that is hard for me to grasp in the story is the true intent of the relationship between Alice and Kenneth. Early in the film, Kenneth clumsily makes it known to Alice that he wants them to be together forever, to which she shyly and somewhat hesitantly agrees. He seems very pleased with her answer, in any case. As the film goes on, Kenneth is obviously pushed to the side as Alice becomes enamoured with Vincent. Near the end of the film, she confirms to Kenneth that she is grateful that they have always been the best of friends. After being rejected in such a fashion, Kenneth claims that he is going off to join the Navy. So, are they friends or are they a couple? Also, assuming that Kenneth is also 16 years old, it is a fairly young age to be joining the military. As for the marriage bit, Alice herself considered that she was old enough to wed Vincent, so I will not even go there! 😀

This was a pleasant film to watch that had no unnecessary frills or drama. It receives my recommendation and I look forward to seeing more collaborations between producer Joe Pasternak & actress/singer Deanna Durbin.

Hungarian-born Pasternak made a name for himself working in European film after being sent there by his employer, Universal Studios. Between 1929 and 1936, he produced 23 films that were made either in Germany or his native Austria-Hungary for subsidiary Deutsch Universal-Film. Along the way, he worked with two men who would later become Hollywood legends: William Dieterle and Billy Wilder. In 1936, he returned to the United States to work for Universal Studios in Los Angeles. One afternoon that very same year, he was attending a Hollywood benefit where many up and coming young stars were present. It was there that he first met Deanna Durbin who was performing alongside Judy Garland and Ann Miller, amongst others. Having been enchanted by the girl’s talent since seeing her short film Every Sunday, Pasternak got her under contract with Universal and cast into his first domestic film for the studio, 1936’s Three Smart Girls. This was the first of ten films that the two would complete together.

Pasternak would go on to be a discoverer and promoter of talent largely in the genre of musical film. For Universal, he built-up young singer Gloria Jean as a leading lady and at MGM, where he would spend the majority of his career, he helped establish singers Kathryn Grayson and Jane Powell as well as swimmer Esther Williams. He worked with of talent throughout the years and was very well-respected within the industry. When going through Pasternak’s filmography, it appears as if he produced as many musicals as Arthur Freed! Many of the pictures he produced were very fun-loving, optimistic and mood lifters which seemed to be his aspiration from the very start of his career.

Many of my own feel-good favourites are amongst his productions; something that I had failed to register before researching more about his life. I often pay attention to the players and the directors but not so much the producers unless there is a specific reason. For that I am grateful to Tiffany and Rebekah, our lovely hostesses, for dedicating an event to this man whose name should surely never be forgotten. I salute you, Mr. Pasternak!