* Published specifically for the Fourth Golden Boy Blogathon hosted by The Wonderful World of Cinema, The Flapper Dame & Love Letters to Old Hollywood *

It was only last year that I saw my first William Holden film after deciding to hold a month-long celebration of his Centennial. Before then, I had only been aware of him as a figure after death. Although he did not die in an overly gruesome or tragic fashion, his passing was unexpected and the circumstances of both how he died and the discovery of his body were troublesome. Often times, we hold movie stars in an untouchable reverence like they are superhuman, being able to escape mortal dangers and live on forever. Someone as handsome, bright, talented and sensitive as Holden should have been destined to leave this world in a more honourable fashion, worthy of an incredibly popular and beloved Hollywood star. He was a unique presence; one that is certainly missed to this day. Coming to terms with his unfortunate demise, I was able to fend off negative thoughts and focus on his films. Let me tell you that it did not take long to enjoy his performances and even develop a crush on him. William Holden is indeed one of the finest actors that the silver screen ever produced, stemming from his days in Classic Film up to his later roles in more contemporary pictures.

Breezy came four years after Holden’s iconic turn as Pike Bishop in Sam Peckinpah’s The Wild Bunch, a role which added new life to his over 30-year-old career. By this time, his boyish good looks were a thing of the distant past not only due to the natural effect of aging but also because he had long nursed a very strong addiction to alcohol. At 55, he looked at least a decade older in his face although he was miraculously in pretty good physical shape, still adhering to showing off his bare chest in films whenever he got the chance. There is a moment in film during a friendly tennis match with his best friend when Holden easily jumps over the tennis net like a professional hurdler. Yes, he still had it! These little bursts of energy help you forgive how old he looks because he slowly wins your heart. All things considered, I can say without hesitation that Holden’s role in this film is one of his most heartfelt performances. 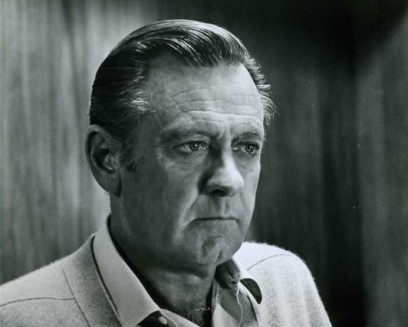 The difficulty in giving a straight synopsis of Breezy is that it does not feel like an ordinary narrative. Rather, you get the impression that the film is a large snippet out of the character’s lives and that you are observing what is going on as if you were actually standing there with them. The very intimate feel also allows you to grow closer to the characters, paying attention to their reactions and caring about their fates.

Frank Harmon (William Holden) is a 40-something bachelor living in the Laurel Canyon area of Los Angeles. He makes a very good living as a luxury real estate agent, allowing him a comfortable life which includes having a nicely furnished and decorated upscale home. Having been divorced for a few years, Frank has no interest in getting remarried or dating seriously, much to the chagrin of his sometimes steady lady friend Betty. One day he meets a young woman outside of his home that is looking for a ride after being stranded in his neighbourhood. She invites herself into his car without an invitation and from there get to know each other a little. Edith Alice Breezerman calls herself “Breezy” and is a 19-year-old hippie who hails from south-eastern Pennsylvania. She came to California just three months prior and has been living – and moving – from place-to-place on a daily basis depending on where she could get food and shelter. These two very different people end up falling in love and having a relationship with their share of bumps along the way.

While the subject of a May-December romance is a defining feature of the story, age difference takes a backseat to the discovery of true, uninhibited affection. Breezy makes it clear that age is of little importance for her and that she should not feel limited as to how she can feel for someone just because of when they were born. It is much harder for Frank to feel that way as he is more self-conscious of their age gap and certain social stigmas but these things do not incapacitate his ability to interact with Breezy or to enjoy her company. The main focus is breaking down Frank’s emotional barriers, all the while trying to show Breezy that limitations exist.

“Don’t you remember? No strings. No ties. No great need for each other? Those were your rules. Bless your heart; you kept every one of them.” – Betty

The film begins with Frank bidding adieu to a beautiful blonde for which he had absolutely no interest other than having a one-night stand. As her taxi leaves his driveway, he promptly crumples up the piece of paper with her phone and answering service numbers. When he arrives at work, he makes jokes about the “unclean” modern youth and starts fixating on his commissions. He is pleasant when meeting Betty but treats her no differently than he would a formal colleague. Frank’s vision of the world is not a happy one and he is largely out-of-touch with people, for whom he does not wish to give any concern or any of his time. As Breezy puts it, Frank walks with a black cloud over his head that makes him extremely pessimistic. His perception of things is altered not long after initially meeting Breezy. As they are driving down the road towards Hollywood, Breezy spots a dog that has been hit by a car. She wants to at least remove the body from the roadside because the animal is important to her. To Frank, her reaction is silly and a waste of time but after Breezy runs off in tears and he realises that the dog is still alive, he does not think twice about rescuing it. As time passes, Frank completely opens up to others and acknowledges their presence. When he and Breezy go shopping for new clothes, he plays around with a little boy waiting for his mother to try on clothes and actually offers his opinion to the woman as to which dress would better suit her. The old Frank would not have even realised that anyone else was in the shop.

In addition to this, Frank’s mannerisms evolve ever so naturally. He starts to take care of Breezy such as fixing food for her or delicately taking off her clothes before putting her to bed. Some have likened his behaviour to that of a father but I never felt that vibe coming from him. Obviously Breezy was very young but he always saw her as a woman, a feeling that I also share. He also worries about hurting her, especially since she is so open and thoughtless with everyone else, suppressing any sexual attraction for her despite it being a seemingly easy opportunity for him.

“Breezy… all this love you give away –– just once, wouldn’t you like to have it returned? Don’t you ever want to be loved back?” 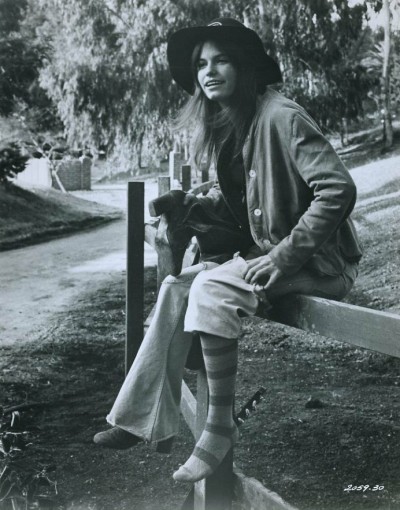 Full of life and questions about the world, Breezy is curious about everything and still very naive, something that she confuses with being all-inclusive. She does not want to alienate or offend anyone so she just goes along with whatever they want most of the time. This attitude has put her into danger, such as when she gets into just anybody’s car when hitchhiking. It has also made it so that she becomes a forgettable one-time thing without her considering it as such. In Breezy’s mind, she is not giving away her body but rather she is showing her gratitude for hospitality, seeing only the positive side of things. This is something that Frank notices on his own but his concern falls on deaf ears. Her attitude makes it harder to garner a lot of sympathy for the character because you cannot help but to wonder if she has any idea about the sincerity of her words and actions. She does stay faithful to Frank in body and in spirit, something which helps Frank build trust and you as the viewer look more optimistically towards her overall outlook on life.

In the end, we learn that neither Frank nor Breezy is perfect and that they both have comparable flaws. Yet recognising them allows them to overcome their differences and live a happily ever after… for as long as that may be. 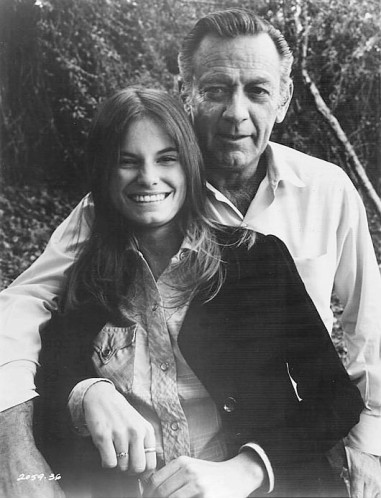 This film is most definitely a time piece of the early 1970’s when free love still reigned and the disco era had yet to come. Clint Eastwood shows what a truly gifted director he is with a wonderful storyboard and fine execution from his two leading stars. It is surprising to see that this film was not successful, largely due to a lack of advertising and a large gap between the film’s completion and its theatrical release. Breezy remained an enigma until the late 1990s and early 2000s when it finally made its way to VHS and DVD. Thank goodness the film survives today and is available for a whole new generation to discover. This is a unique tale that deserves to be seen and celebrated. 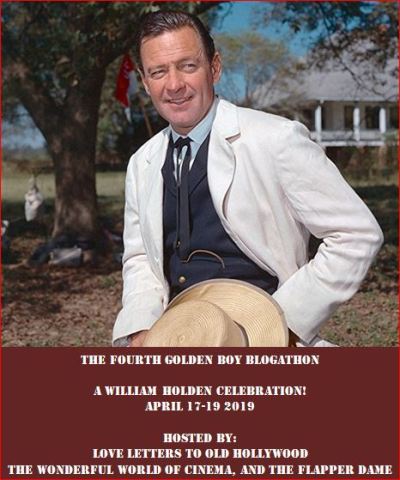 the stories that really matter.